By John Kemp
LONDON, April 30 (Reuters) – Gasoil traders expect the middle distillates market to stay well supplied until almost the end of 2019 before swinging into deficit with the introduction of new maritime fuel regulations.

Calendar spreads for low-sulphur gasoil delivered to Europe’s Amsterdam-Rotterdam-Antwerp hub are currently in contango through until October before shifting to backwardation from November onwards (https://tmsnrt.rs/2WgXabR).

In futures markets, contango structures, where future contract prices are higher than front-month prices, are associated with expectations of adequate or rising inventories. The reverse structure of backwardation tends to indicate a drawdown in stocks.

The current structure suggests the market will be plentifully supplied through the northern hemisphere’s summer and autumn before shifting to a shortage with the onset of winter and introduction from Jan. 1 of new fuel rules by the International Maritime Organization (IMO).

In most cases, the new rules will force shipowners to switch from burning high-sulphur residual fuel oil to low-sulphur distillate-type fuels. If they don’t change fuel, they must install exhaust-gas cleaning systems commonly called scrubbers.

Refinery crude processing is expected to reach record rates in the third quarter, especially in the United States, as refiners try to rebuild depleted gasoline stocks, which will swell gasoil stocks as a by-product.

But as refiners cut back on crude processing and gasoline production in the autumn, distillate markets are expected to tighten with winter heating demand and the entry into force of IMO bunkering rules.

As a result, spreads for the fourth quarter of 2019 and the first half of 2020 have been marching steadily towards or deeper into backwardation, while the spread for June-September 2019 has stayed in contango (https://tmsnrt.rs/2XV1i1E).

The market dynamics are consistent with reports that physical traders have started putting excess gasoil and other middle distillates, such as heating oil and road diesel, into storage in anticipation shortages later in 2019.

Contango structures help offset some, or all, of the cost of storing and financing distillate stocks in the next few months before the barrels are sold at the end of the year or in 2020, potentially at a higher price.

Recent reports have suggested traders are chartering vessels to act as floating storage near gasoil delivery hubs or key bunkering ports, and filling them with gasoil and other middle distillates.

Extra distillate inventories accumulated during 2019 should help ameliorate shortages in 2020 and ease the transition to the new bunkering regulations.

Before then, the gasoil market is set to remain in surplus through the third quarter, which likely explains why most hedge funds are maintaining a relatively neutral position on near-term distillate prices.

Hedge funds and other money managers hold a bullish position in U.S. low-sulphur diesel futures and options of just 4 million barrels, down from 63 million at the start of October and 86 million in May 2018.

Portfolio managers have a larger position in European gasoil, equivalent to 72 million barrels, but that too is down from last year’s highs of 126 million barrels in September and 160 million in May.

By contrast, fund managers hold a near-record bullish position in U.S. gasoline of 112 million barrels, which is higher than at most points in 2018.

Portfolio managers’ long positions now outnumber short ones by 35:1 in gasoline and 11:1 in crude, but just 3:1 in middle distillates (https://tmsnrt.rs/2XX4fyy).

The bottom line is that traders expect the distillate market to tighten, but not until the U.S. summer driving season is over and the IMO regulations get much closer. 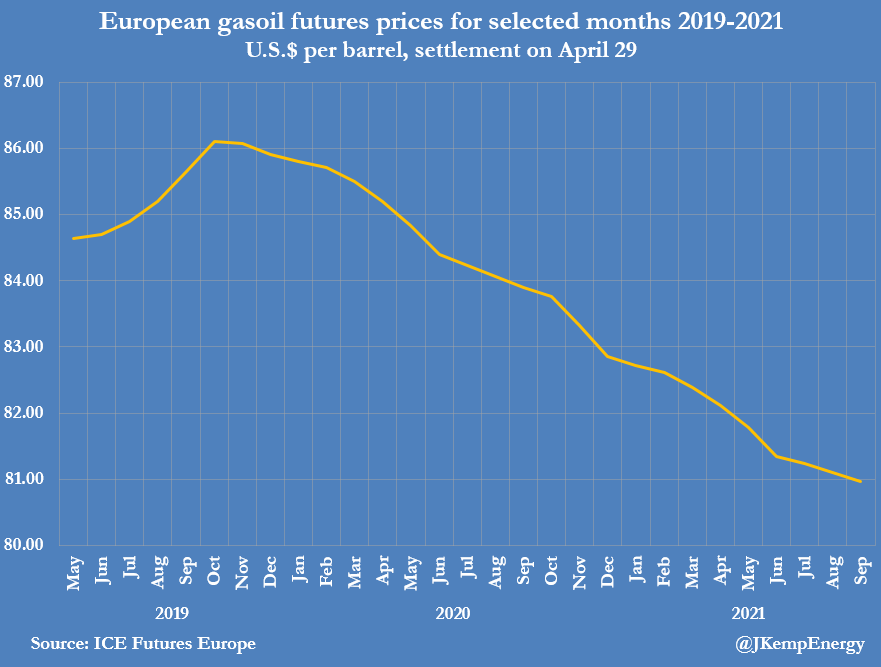 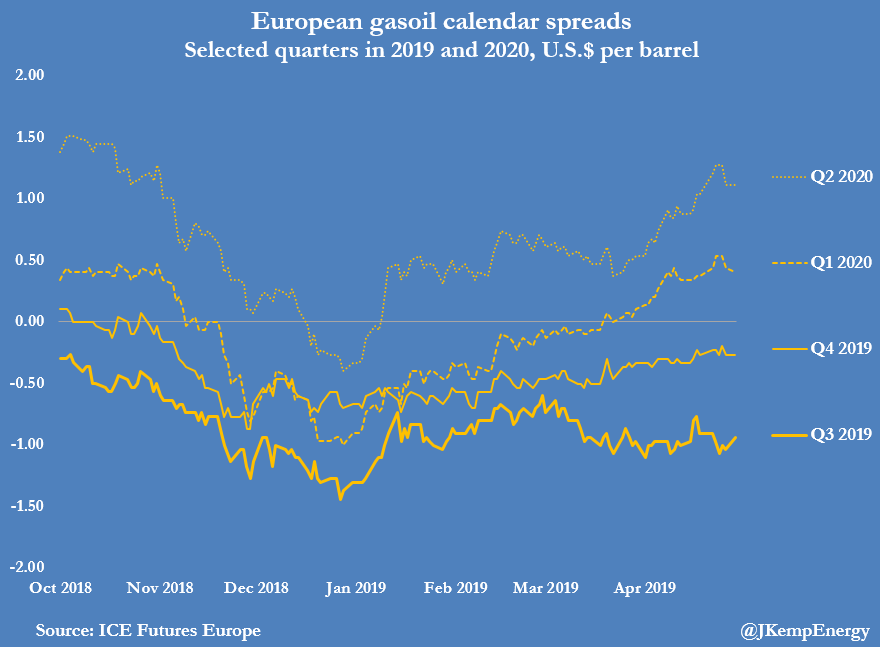 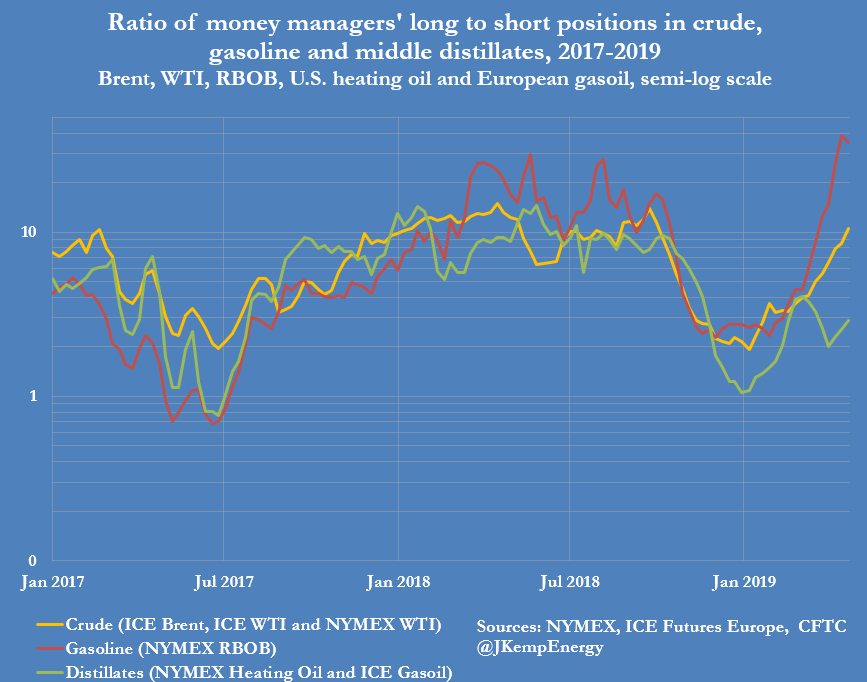